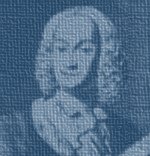 One of my music professors used to almost visably shrivvle up whenever Pachabel's canon and gigue wafted its way over the airwaves. He explained that he'd heard it perhaps just a thousand times too many. With me it's Vivaldi's Four Seasons but I've never been a fan of programatic music and my reaction is not quite so strong anyway. 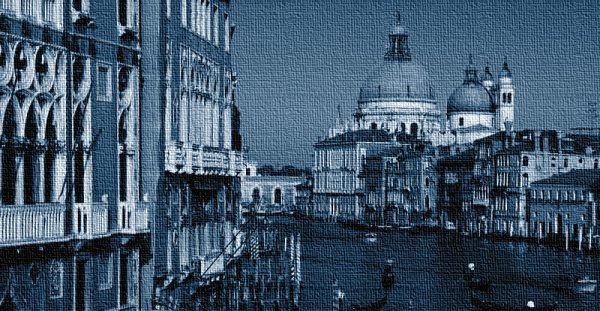 Venice then, like most of Italy, was in economic decline but the riches of the city enabled a significant number of it's approximately one hundred thousand population to have lives of extraodinary idleness. A lady might be expected to spend six hours on dressing before heading out for theatre, assignations, and gambling. A little earlier there had been eleven thousand six hundred registered prostitutes. Marital fidelity was not high on the list of expected virtues. Keeping up the expected show certainly was. This was more about respect for families than hypocrisy.

So, we would expect this collection of music to have a certain richness and a certain lack of Jansenist tendency or any puritan tendencies whatsoever, even though the Roman Church had been quite busy having those tendencies in spades. There had, in fact, been a rich tradition in Venice of ignoring such things as ex-communications and other Papal tantrums.

Vivaldi spent a good deal of his life being associated with the Pieta in Venice. It was a church that was attached to a charity hospital that looked after foundling children. The part that music played was to enhance the services and enthral the visiting congregation into giving money -- for the good of their souls and the bodies and souls of the foundlings. At a time when people regularly chatted during the services (stopping for the Eucharist), good music was also a way of getting the congregation's attention.

The Pieta was a prestigious place (Venetians now like to call it Vivaldi's Church) and its fame was due to Vivaldi. A sign was put up at that time that threatened parents with ex-communication and other extremely bad things if they tried to pass their children off as orphans.

It is a wonder to think that this music was almost lost to us, being rediscovered in the early twentieth century. Here it is collected all in one box with a pretty painting of Venice on the cover. There are some brief but informative programme notes (but surely the plural of castrato is castrati!) along with libretti. The performances, from the King's Consort under Robert King, are first class as is the recording. There is light and shade here, both in the original compositions and in the performance. I'm not quite sure how one senses that performers are not bored out of their minds and going through the motions. It must be in subtleties of intonation, if you can't actually see them. In any case, there are no bored performances in this set.