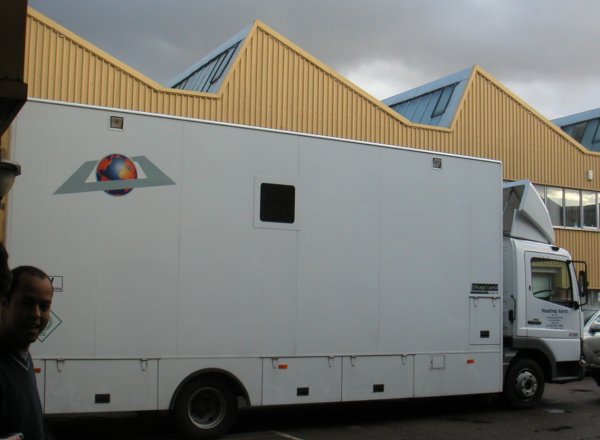 This one is a medium sized affair as far as these things go. The big ones are semi-articulated trucks which usually have lead sound insulation, weigh a huge amount, and are a little limited where they can go and also limited in who can drive them. 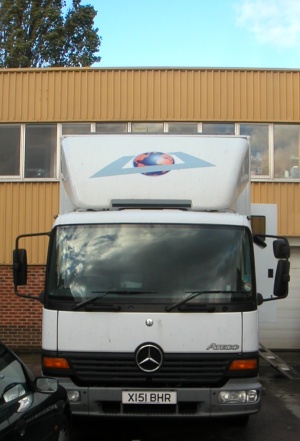 Floating Earth's truck doesn't have lead insulation but it is sound-proofed to a fair degree. In circumstances where the ambient noise is huge, such as being parked near the main stage at the Reading festival, monitoring can be done by meter -- not nice but doable with multitrack.

At the front end of the truck is the SSL C200 desk with ATC monitors. The output goes to a Pyramix system which stores the tracks on computer hard disk. There is also a backup. Pyramix is a software system that runs on Microsoft Windows and does essentially the same job as Pro Tools. The main difference is that while Pro Tools is a rendered system, Pyramix does everything "live". We're going to have a special look at Swiss-made Pyramix quite soon.

Floating Earth also has normal studios at their premises where the materials on the hard disks can be mixed down. This can be done in the truck as well and one of the interesting jobs this truck does is to go to concerts, record what goes down, and then have CDs ready for purchase by exiting concert goers. Other jobs, other than straight recording, include sending mixes direct to the web by ISDN or satellite link. 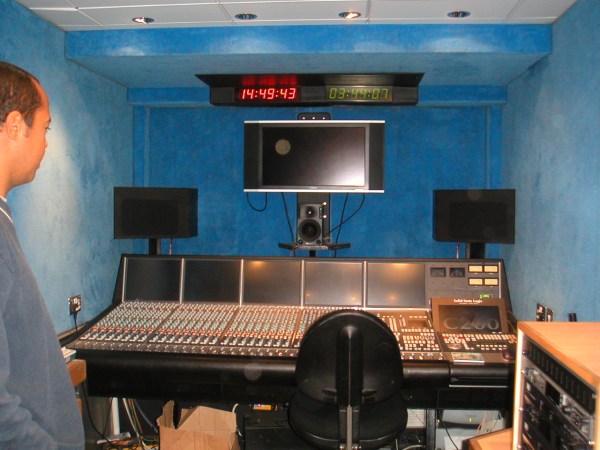 SSL C200 at one end with engineer Limo Hearn

Other than the fully automated SSL with all sorts of nifty features (only you at the desk and you need to get to a far-off fader quickly? press the swap button and the fader is at your end) there are wonders like modern cabling. If you haven't checked this sort of thing out for a while you might just remember the huge multicore cables that weighed a ton and took up a lot of space. These days an optical cable the size of a normal power cord will take hundreds of channels from the site to the van. 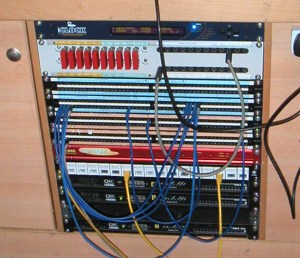 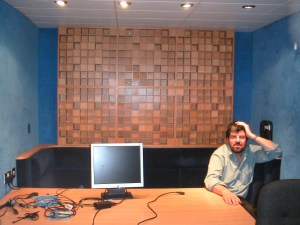 The truck is equipped to handle normal stereo, Surround 4 and 5.1. In a discussion, surround 4 was favoured because of the problematical center front speaker (for home use). Another problem is that people, through lack of space, frequently have their back speakers around their ears on either end of the couch. You can't mix for that of course. 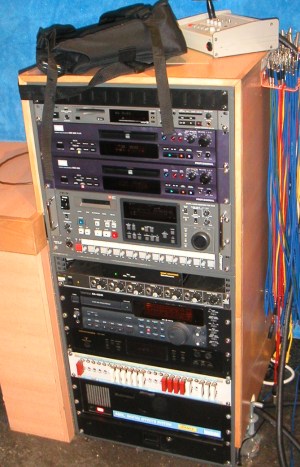 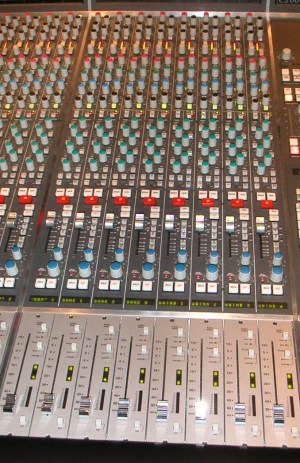 Thanks to Steve Long, Limo Hearn, Andrew Mellor, Alexandra Cross, and a tip of the beanie to Simon Eadon. 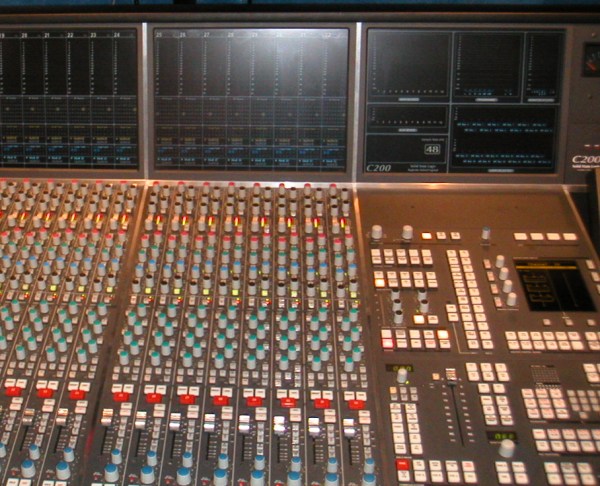