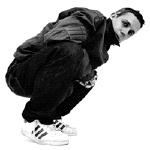 Gilles Peterson will be known to a lot of people as a DJ who has made his place in an area almost above fashion in which he plays a lot of jazz and soul. He lives in London and spins discs all over.

This interview was conducted over the phone and as a result some of Gilles' words have been paraphrased and some of the answers here are shorter than what he actually said.

His latest collection is a CD out from Trustthedj.com 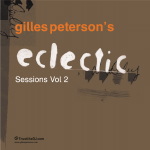 You're famously connected with jazz and soul. Is that an understatement?

I don't suppose it is. there are other areas but that's the backbone, where it all started for me. I do check out most things that are going on.

Of the collections of yours that I've heard, the real continuuing theme to me has been "up close and personal" in a kind of general sense. Is that just me?

I take that as a warm feeling. I do a lot of radio... maybe it's about communication ... A lot of people tell me that the radio show is like I'm playing albums in their bedroom.

What do you think of the concept of DJ's as focussed music librarians and archivists?

I see myself as that. I have a deep collection of music ... very proud of what I have in terms of the history of music. For some it's just a living. They buy records and then get rid of them. 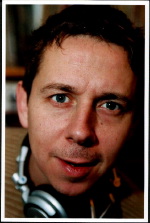 You started off in the pirate radio scene in the UK a while back. That scene still goes on now. Do you think it's as vibrant now as it was?

I think it's more vibrant now. More people know about it. I'm going for Reggae stations at the moment.

To the average punter, jazz disappeared up its own arse a while back. What do you say to that?

I think it's on the up in its own way. Right now look at the London Jazz Festival on at Southbank. There's all sorts of interesting stuff. What Matthew Herbert's doing is the most interesting since Gil Evans ... fusing tradition with electronics. There are some great artists around at the moment ... British, American, Scandanavian ... people like the Cinematic Orchestra ... and they're selling records.

from Beth: What musician would you bring back from the dead to have a conversation with?

Sun Ra - I used to see him and I'd have liked to have talked to him. He had a lot of mystique. People come along with a certain something beyond music ... people like John Lennon, Elvis, Miles Davis, Jimi Hendrix. Sun Ra was one of the first people to experiment with electronic music.

from Tim: What's your opinion of the underground hip-hop scene in the UK?

There are some good, interesting artists coming through ... people like Jhest, Skinny Man. They dare to be different. I think the problem is the name 'British Hip-hop'. It needs to be changed.

What regular gigs do you have at the moment?

I do Bar Rhumba on Mondays in London, the Rex in Paris on the first Thursday of the month, and I do (BBC) radio one on Wednesday. There are a lot of other gigs in between.

Thanks a lot Gilles