In the back of the November edition of Sound on Sound Magazine there's an interesting article that touches on one of the reasons for the success of these little gadgets. In it he tells of his childhood habit of listening to tons of music through a lo-fi system he had put together and his joy at doing so. As an adult he had a decent, more hi-fi system, and found he was hardly using it. Subsequently, he bought an iPod and finds that the joy is back, and that he listens to music all the time wherever he is. 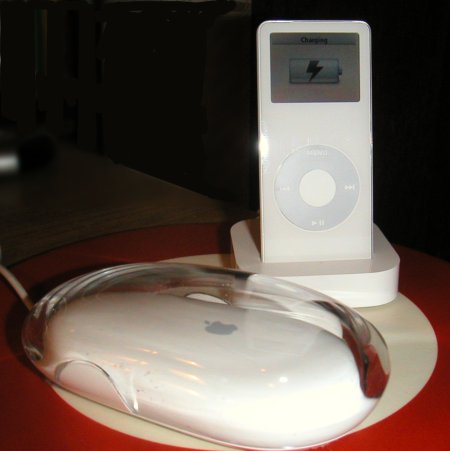 I guess that's one case study. Frequently, people put their systems where everybody else does, and frequently that place is not the place it should be. There's also the problem of noise: both your's and other people's. In any case, the iPod or gadgets like it supply a portable solution that is usually sociable as far as noise output is concerned and is a real boon for providing music in situations where you're doing something else.

The tradeoff is quality of sound, but the tradeoff is acceptable even to people who know what good sound sounds like because, first of all, they expect a degradation, and secondly, all the other aspects of these light-weight, nifty looking things are postive. For more on the subject of sound quality you could look at the iPod Audio Pages and also an article here on Mstation about MP3s.

Another aspect of the quality question is that you have choices. If, for example, you're importing a CD into iTunes you can tell it what encoding system you want to use and what bit rate and there is a world of difference between low and high quality settings.

The iPod nano is a groovy looking little thing, slim as a pencil (3.5 x 1.6 x 0.27 inches and weighs 1.5 ounces) with the customary effective minimal design. It has a 1.5" colour screen and up to 14 hours of playback time. There are 2GB and 4GB models which take 500 and 1000 songs respectively. It will hold a large number of photos as well and will sync contacts, calendars, and todo lists for those who don't have smart phones. It comes in white or black with black apparently being the favorite in the US. 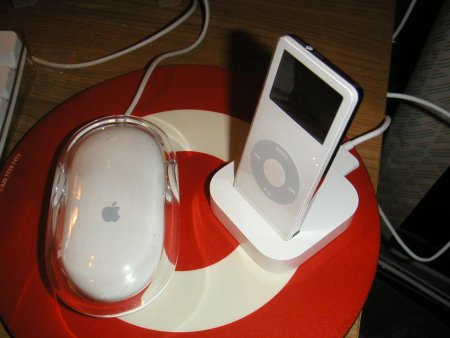 It comes with a little dock plus the well known white earphones with 18mm neodymium-powered drivers in addition to a USB docking cable which connects to your computer to charge the unit as well as transferring music, podcasts, audiobooks, and whatall else. What happens if you go away and don't want to take your computer? I guess you have to buy yet another charger. The test unit also came with earphones that were part of a lanyard system where the iPod hangs in front of you while connected to the thing. It's lightweight and looks OK but there's no positive restraint to stop it being whizzed off by a big shock so I wouldn't trust it for much more than walking. Speaking of being whizzed off: arstechnica did a destruction test on the nano that proved it was quite tough.

And Speaking of podcasts, something this size could be quite handy for recording, but a mic with a special jack is required and, so far at least, it seems the results are quite poor.

But no doubt about it. The nano is a nice little piece of equipment.