some games producers hit the road 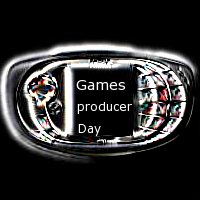 Recently, a group of Nokia N-Gage games producers set out on a roadshow to tell media people about what was coming up. We thought we should go along even though we anticipated ... well, a marketing event. It was that of course but what we got was a series of gamers talking about gaming in an enthusiastic and absorbing way. As it happens, Mstation was amongst the first to arrive and, barring the producers and PR people themselves, the last to leave.

Nokia has kept reiterating in the press that it stands behind the N-Gage and why wouldn't they? The format has been a success in Europe even while the USA has been slower to catch on. One of the problems has been merchandising. In the UK, at least, the initial what might be laughingly called stockists, were the network providers' shops. Quite obviously there is a big future for games downloads here but not under GPRS. Nokia are looking at their options which just widened out considerably with the idea that all Symbian Series 60 phones will have the capability to play these games. At this press day no-one would say when all the pieces would come together but a couple of weeks later a spokesman was quoted in MCV as saying Q2 2006.

Mstation went around and met several people on the list below and one set who are not. The Synopsis sections below come from Nokia. The people named are the producers of the various games and producers are something akin to software project managers except that they usually have a lot more on their plates as far as the juggling of assets is concerned.

Even the best can get better. In 2004 Pathway to Glory set new standards for mobile games. Now stand back, as PTG returns with a new and improved member of the franchise... Pathway to Glory Ikusa Islands.

Mstation Comments: The earlier version won an award and this turn based strategy game appears to have the same level of pleasing detail.

Asphalt has never been so hot! The next level of the ultimate racing game is here with more cars, new tracks, insane crashes, and roaring engines tuned to their limits. The expanded collection of Asphalt: Urban GT(TM) 2 includes blazing dream cars by the hottest auto makers, all fully customizable to suit your style. You can even ride some of the world's fastest motorcycles to shake off the police cars and helicopters sent to stop you! Show the world what you've got on the nerve-wrecking tracks based on actual locations, and fight to take the highest position on the podium. Pure action waits around every curve, as Asphalt: Urban GT(TM) 2 takes racing one step further...

The future is a brutal nightmare. The universe is a dark place, and death is present in its every corner. War is spread across the galaxy, as the battle for survival rages on. Handheld gaming is about to see something new, as Warhammer 40,000 brings all out war to the N-Gage! 2-player online gaming

Mstation Comments: Catch the podcast to hear Jason talking about this game.

Time for something revolutionary... ONE is a new kind of game reality, a fighting game that will push the boundaries of mobile gaming. Wake up those hidden fighter instincts and take the first step on the path to become a legend.

At the top of the global ranking list there is room for only one. To get there you must challenge fighters from around the world, fight them in real locations and defeat them to capture their secret skills.

Mstation Comments: Quite a nicely detailed thing this with all sorts of backgrounds from different parts of the world. It was illuminating to talk to the producer about the amount of motion-capture necessary for the game: 9 days of martial arts experts throwing themselves around. Watching footage of these people doing the motion capture was like watching an excercise in precision of movement.

The X-Men(TM) are back with an all new RPG based action adventure as their ongoing battle to protect humanity continues! This time the threat is so immense that Professor Xavier and his X-Men need to join forces with their sworn enemies, Magneto and the Brotherhood of Evil Mutants.

Face the greatest challenge in the history of humankind: to establish a civilization and lead it to prosperity.

Along the way you will match wits with history's greatest rulers, acquire resources, develop economies, respond to crises, and deal with rival civilizations using diplomacy, espionage and all out war. This game requires some serious consideration and strategy. Legendary game now on N-Gage.

Mstation Comments: Looked interesting and this mode of play is quite suitable for mobile gaming. The producer previously did the Colin Mcrae rally game which we thought was a pretty good effort in the car physics and car control way. We chatted to Samuli on the podcast as well.

Blast your ball to the top of the world's highest pinball tower! Mile High Pinball for the N-Gage delivers some classic arcade entertainment in a fresh way, guaranteed to please even the most demanding pinball enthusiasts.

Bounce through more than 80 different playfields of challenging obstacles, loops, kickers, and spinners. Speed up your journey by collecting power-ups that give you amazing abilities. You'll need them to destroy all the devious alien enemies, not to mention the humongous bosses! Make progress by solving intense action puzzles to open the gates to each new level, and hunt for medallions to attain the Ultimate Ranking.

System Rush is a futuristic racing game set in an amazing 3D world of virtual race tracks, competing hackers, and high security networks. Speed your way through the system to infiltrate the security levels one by one and take back what is rightfully yours!

Mstation Comments: Mstation didn't catch the producer's name but he works with a Canadian team in Vancouver. The creator of the Rift RPG game and books was along to chat as well. They claim that the game plays out differently every time you go to it but we weren't able to get any details of the AI used.